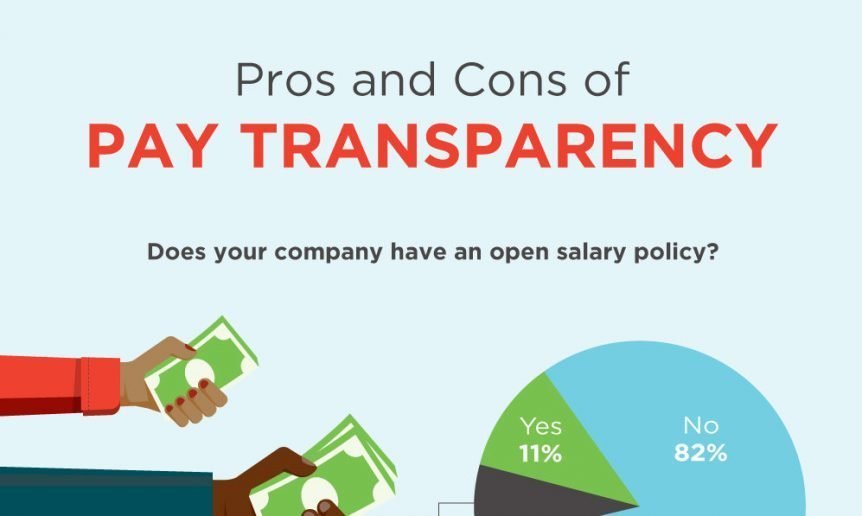 Many candidates say they want employers to be more open about salaries. But does transparency help to drive equality, or does it mean greater challenges that can alienate staff?

Salaries are usually determined by a number of factors, including market demand and value, together with a candidate’s qualifications, knowledge, skills and experience.

“It is considered socially ‘rude’ to ask someone what they earn,” says Jodette Cleary, Chief People and Innovation Officer at hipages. “I expect this is because people may make value judgments on others’ ability to earn and what they spend their money on.”

In the public sector, employees tend to be placed within a ‘band’ and receive annual increments, and employees often know one another’s band level.  But in the rest of the workforce, pay transparency is relatively rare.

The case for pay transparency

It’s a competitive job market and from an employer’s perspective, being open about offering employees a fair salary is a strategy believed to attract and retain candidates. Pay transparency can also boost levels of trust amongst employees as they reportedly appreciate the openness about remuneration.

Arguments for pay transparency tend to centre on the gender pay gap, which is the difference between women and men’s average weekly full-time equivalent earnings. Those who advocate for pay transparency believe women are more likely to be paid the same as men for the same job if salaries are known. Research from Statistics New Zealand reveals that the gender pay gap in New Zealand is 9.3%.

At ALDI, salary is not a taboo topic. The salary package or hourly rate for each role can be found on the ALDI Careers web page. “We offer market leading remuneration that is transparent and fair,” says Saffron Newton, Human Resources Director at ALDI Australia. “By articulating salary expectations—why you’re earning the amount you do—hiring managers and employees are able to build trusted relationships and engage in important conversations.”

Newton says ALDI provides pay equality for all staff at the same level. “All jobs in the same location, of equal work and responsibility, are remunerated the same regardless of gender or other demographic characteristics,” she explains. “Employees’ remuneration are at above industry rates and are reviewed annually.”

The case against pay transparency

Arguments for keeping salary confidential often centre on employee relations. “A complex number of interrelated factors determine salary and most companies prefer to keep this confidential to avoid some employees feeling undervalued or resentful of others,” Cleary says.

Cleary notes that hipages reports regularly on the diversity within their workplace, including analysis of pay gaps based on gender. “We are proud to say that by proactively and regularly reviewing salary to see if there has been any unconscious bias, we have eliminated unjustifiable salary gaps for the same roles,” she says.

However, Cleary acknowledges that when looking at the average salaries across the company, hipages does have a gender salary gap. “This is because we have more males in technical and managerial roles, which demand higher salaries per market practice, however we are proactively trying to get gender parity in these positions,” she says. “Our overall company gender ratio is 50/50 which is great for a technology company, and we have greatly improved the number of females in leadership roles with our executive team now 40% female.”

The policy at hipages is for employees to keep their salary confidential. “There is enough salary data available online today that most people have a general idea on the salary range for most roles, without needing to know exactly what a colleague is being paid,” Cleary says.

Despite many candidates’ desire for employers to be open about salaries, some organisations prefer to keep this information confidential. If your organisation decides not to go down the path of pay transparency, it’s important to communicate this with your employees. Similarly, if you’re open with staff salaries, it’s vital to have clear information available to help employees understand why different pay levels exist and how salaries are calculated. With either approach, communication is the key to employees feeling valued and happy at work.

Reference: Alexander, L. [Blog] “Should your pay policy be more transparent?” Retrieved from www.seek.co.nz on 20/9/19