Steve Evans was recently interviewed by the NZ Herald’s Paul Little to discuss the use and popularity of personality testing in a recruitment process.

“Psychometric testing is big business. According to recruitment company Potentia, there are 500 tests available in New Zealand alone and “worthwhile tests vary in price from $75 to over $3000”.

The University of Auckland uses them and has a helpful definition: “Psychometric tests are standardised tests [that] help to identify your potential and personality. Employers use [them] to help determine whether a candidate is suitable.”

The Myers-Briggs Type Indicator is responsible for both the high popularity and low standing of the psychometric testing industry. It is fun to do, but generally believed to be of little practical value. Set alongside other ways to measure our potential or abilities, the Myers-Briggs has been compared — often unfavourably — to horoscopes, fortune cookies and Tarot cards.

Even people trained in administering the test have little time for it. Steve Evans is one. The founder and owner of People Central is qualified in Myers-Briggs but describes it as “the shallow end of the pool”.

His recruitment company uses a variety of other tests to help businesses “minimise the risks of bringing new people in, by helping an employer walk into an employment relationship with their eyes open about what a person’s preferences are”.

He is at pains to point out that any test results aren’t the whole story and that in the case of a candidate who doesn’t ace the questionnaire but is right in every other respect, his clients “might do personal and professional development to get people to work against some preferences they describe in their personality profile”.

He uses several tests, often tailoring them for clients. He prefers ones that have been around a while: “Personality profiles need a good 10 years or so in the market, where they’ve been used by many thousands of people to see if they are reliable and valid.”

His favourites include some New Zealand-specific ones that have adapted to the online world. “People will do them in their own homes, and a few firms have been innovative in mitigating some of the risks of online testing — like in the old days when people sent someone else along to do their driving test.” 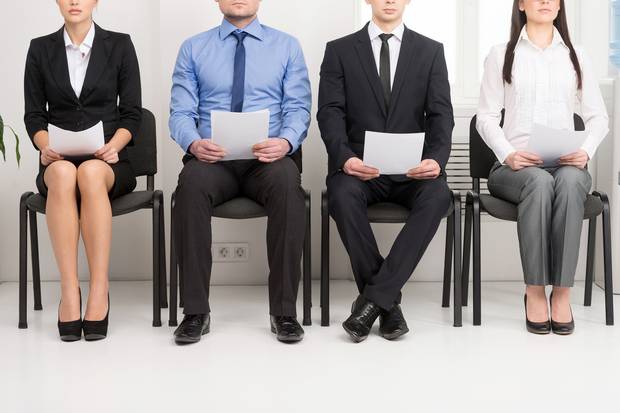 Commercialisation and competition mean big players in the testing game don’t release a lot of information about their processes or results. Photo / 123RF

Evans says it doesn’t help the local industry’s reputation that it is unregulated. “In the UK, you have to do courses through the British Psychological Society; in New Zealand, it’s more self-regulated. The only prerequisite is the ability to cash the cheque for some people. We always put in a courtesy call even for online testing. We make sure they are comfortable with what they’re going to do before they do it. And make sure they get feedback afterwards.”

His clients include large corporates, “but I also work with mum-and-dad businesses who are bringing on their first employee. They know it’s going to change the dynamic of the business and they need to really get it right.”

But after that last multichoice box has been ticked there’s still human nature to deal with. Do employers ever look at his results and say: “Yeah, but I really liked the other guy?”

“Sure,” says Evans. “A lot of people come in wanting to be really objective, but then there’s the halo or horns effect — employers relating to people who are like them.”

One of his satisfied clients is Sue Whitely, group HR manager of contract packing company Wineworks. They have around 400 employees in three plants.

“I never use testing as a sole tool,” says Whitely. “It only gives you an insight into how people are most naturally.”

She says interviews, reference checks and tests are all important.

But the days of a face-to-face interview and “I like the cut of your jib” are gone. “That would be as good as phrenology [a pseudomedicine primarily focused on measurements of the human skull],” says Whitely.

“The more inputs you can get the more likely you are to be successful. The 15 Factor Questionnaire that Steve uses gives you a preference, and then you ask more questions.”

And it can make sure cheats never prosper. “It tells you if people are trying to blag the test by asking the same question multiple ways. If you don’t give similar answers to similar questions, it suggests you’re trying to play the test. Or you might consistently score yourself really positively on things you think are positive and negative on negative things.”

Accountant Robyn FitzGerald — although, unusually for this story, not a trained Myers-Briggs consultant — has been on both sides of the test, as candidate and employer.

She says that when applying for a job once she found the psychometric test “much less stressful than having to write up a profit and loss and a balance sheet. I had to work out figures with a pen and without a calculator but didn’t line them up properly, so when I had to add them up manually it was very difficult.”

For another job, she just had to do the Myers-Briggs. “I got the job, though I don’t know which personality traits helped.”

And then there was the time she was involved in hiring and the agency wanted her company to test candidates. “My boss was dubious about how useful it would be, so the agency person asked if I would like to do it.

“I thought it was okay, but we didn’t use it on our staff. You had to pay for each test, so I created a job-specific test myself. It wasn’t that I thought the test was a load of old rubbish; it was a price issue.”

And she admits that when doing the test, she thought about how she would look before answering some questions. “Especially if I wasn’t sure, I’d go for the flattering answer.” And, worryingly, in some cases none of the three options given was right for her.

The harsh assessment of many psychometric tests as magazine horoscope-standard ambiguous is given weight by the work of Waikato University’s Professor Nicola Starkey, whose classes include a paper that covers “how to conduct psychological assessment and evaluate psychometric measures”. 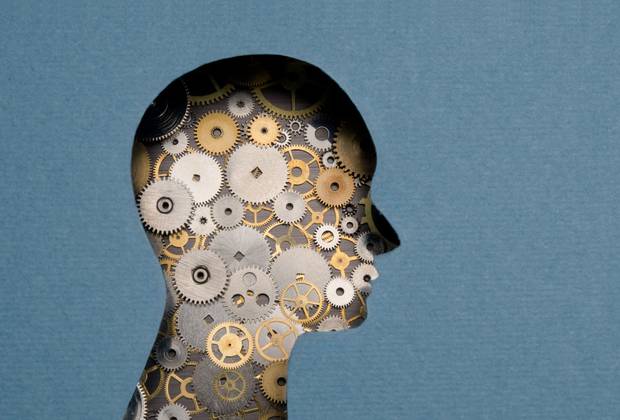 There are hundreds of psychometric tests busting to get into your head and have a look around. Photo / 123RF

“In one class we get people to do a questionnaire and give them feedback,” says Starkey. “We give them all the same feedback. And then they tell me how accurate it was — and almost all tell me it was accurate. They can’t believe it when they find out they all got the same. Most people reading a star sign can find something that rings true — you can also do that with online personality tests.”

Originally, says Starkey, tests were simple and based plausibly on the notion that all the people who were good at something would be similar.

“You’d think: how can I choose the best person to make my widgets? One way is to test the people you currently have who are good at widgets. Give them the test, and you’ll get the best widget profile and you can screen the people you are interviewing to match that. It doesn’t have to be anything to do with the job. Maybe they a have high degree of manual dexterity or it may be the ability to suppress boredom.”

But the trouble with that was that you ended up employing people who were all the same. There was very little room for your organisation to grow.”

Hence the evolution of the modern testing industry. But for tests to work, says Starkey, “the organisation needs to know what characteristics and traits they want the person to have. That just doesn’t happen that much.”

She says people using the tests also need to know the context in which they were created. “That’s pertinent in New Zealand because almost all the tests we use are from the UK or America. There are huge cultural differences; there’s often inappropriate wording.”

Commercialisation and competition mean big players in the testing game don’t release a lot of information about their processes or results, which means no one from outside can confirm them.

So what would Starkey do as an employer?

“I think the best testing is to observe the candidate doing what you want them to do — like a typing test. Here at the university, we get people to give a presentation — usually on their research. Get people to do things as close to the role you want them to do as you can. If you need them to chair a committee, you could use targeted questions to check leadership skills.”

Meanwhile, back online at themyersbriggs.com, a Myers-Briggs Type Indicator for the new age is promised. It says it now “empowers people to be the best versions of themselves by enriching self-awareness and understanding of others”. And it comes with a warning to beware of imitations.

There are hundreds of psychometric tests busting to get into your head and have a look around. Here are a few:

Clifton Strengths Finder: Owned by the Gallup people, this sounds like the ultimate feelgood test. “I realised that ideation wasn’t a form of ADD, but actually a tremendous asset,” reports one happy user.

DISC profiling: Tests dominance, influence, steadiness and conscientiousness. Very popular in Australia and New Zealand, this was devised by William Moulton Marston, who also invented an early version of a lie detector and Wonder Woman.

Hogan Business Reasoning Inventory: Measures your logical skills by getting you to analyse diagrams, read graphs and do sums.

Ravens Standard Progressive Matrices: A non-verbal workout for your reasoning skills in which you may have to work out, for instance, which of the multi-choice symbols completes a sequence.

Watson Glaser Critical Thinking Appraisal: A big-brain quiz that tests you in the areas of inference, recognising assumptions, deductions, interpretation and evaluation of arguments.

The mother of them all

The Myers-Briggs Type Indicator is the not the first but is the most conspicuous psychometric test. It was developed early last century by Katherine Briggs, based on personality types identified by psychologist Carl Jung. Her daughter, Isabel Myers, refined it and psychology Professor Mary McCauley tweaked it to provide a veneer of scientific respectability.

Respondents rate themselves on four sets of either/or labels: extraversion or introversion (E or I); sensing or intuition (S or N); thinking or feeling (T or F); judging or perceiving (J or P). Your four overriding qualities are combined into one of 16 possible combinations — ESTF or IIFP, for instance — and you then get a summary of your personality and some career advice.

So Hitler was ENTJ and this writer is ISTJ, meaning in the latter case, “a career as a dentist is a good match … The orderly work environment and high job security make it appealing to this personality type. They can work mostly independently.”

The MBTI is nothing if not adaptable. According to The New Yorker, more than half of people who do it twice get different results. It has fallen into disrepute, but there’s been no shortage of psychometric tests willing to take its place.”